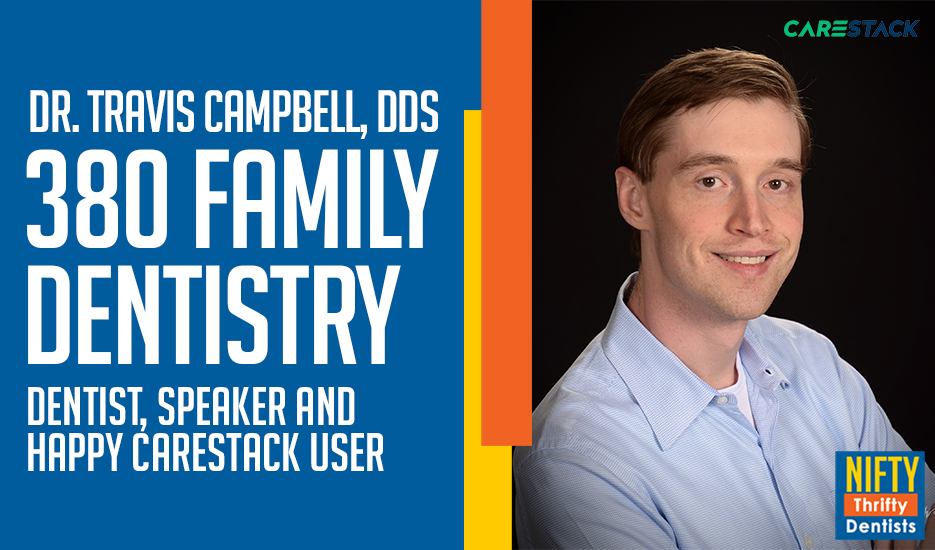 A year ago, I bought a mortgage and stopped living under a rock. Oops. Wrong blog. But, hey, I can run with it!

You must be living under a rock if you aren’t head over heels for my buddy Jim Gerson! He’s the mastermind behind a cutting-edge dental practice management software many of us have grown to know and love: CareStack.

If Jim and his team over at CareStack are news to you, let me “spill the tea” (as the kids say). Jim only took 45 seconds to talk about what he and his team do, but I wanted to dive into the details a bit more in this blog post. That way, none of my readers are missing the proper context. That’s right, I got your back! 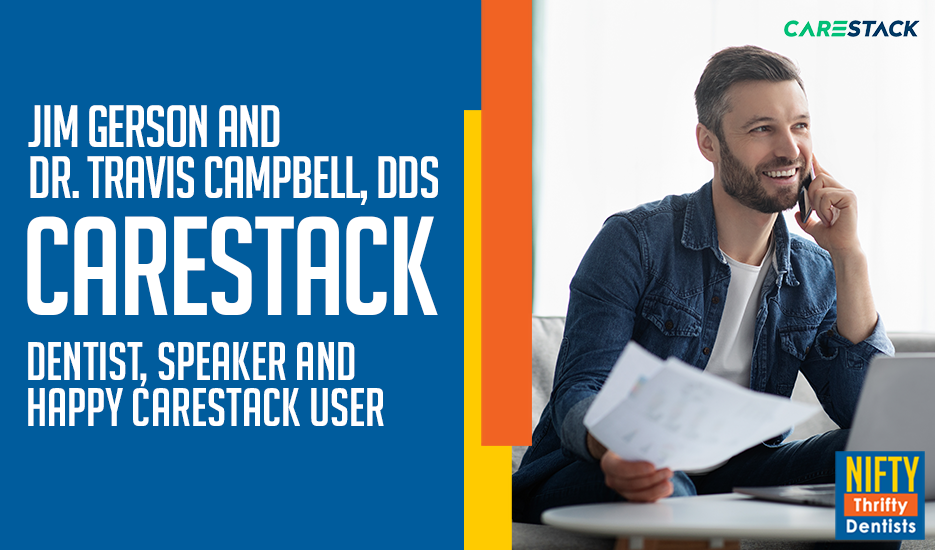 So, here goes: CareStack is an all-in-one cloud-based solution for dental practices. Their services include (but are not limited to):

Jim believes CareStack is to the dental industry as a phone is to the average consumer, and I totally agree. Just think about it: If we rewind the clock fifteen years, day-to-day living required the use of tons of different devices from a fax machine, a desktop computer for email, or a clunky piece of plastic for a cellphone call. But that’s not the case anymore: phones provide an all-in-one solution—just like CareStack provides an all-in-one cloud-based solution for dental practices.

Regardless of whether you’re a huge fan of CareStack or you’re still getting familiar with their services, I don’t know anyone more pumped up about them than the “Practice Whisperer” himself: Dr. Travis Campbell.

Travis is a fellow user of Carestack, just like me, and he wanted to vouch firsthand about his experiences with how other “Guerrilla” dental practice management software—Open Dental, Dentrix, etc.—proved lackluster. That’s why he joined us on this week’s podcast to talk about his own experiences with CareStack, his role at CareStack University, and more.

The long and short of it is that switching to CareStack saved Travis’s tail and has set his team up for success. Nowadays, he whole-heartedly believes that CareStack is a cut above the rest—and he has a million things to say about why (if not more).

So, tune into this week’s episode to listen to Travis and Jim talk about the specifics of how CareStack works and what Jim and his team have done for Travis’s practice. Also, if you’re interested, send Jim a message in the Nifty Thrifty Dentists FB group or tag him in a post to schedule a demo. Or join the CareStack Champions FB group where you can get the latest deals, socialize with other clients, and more.

… And don’t forget about the Nifty deal!