The Future of Dentistry Powered by AI 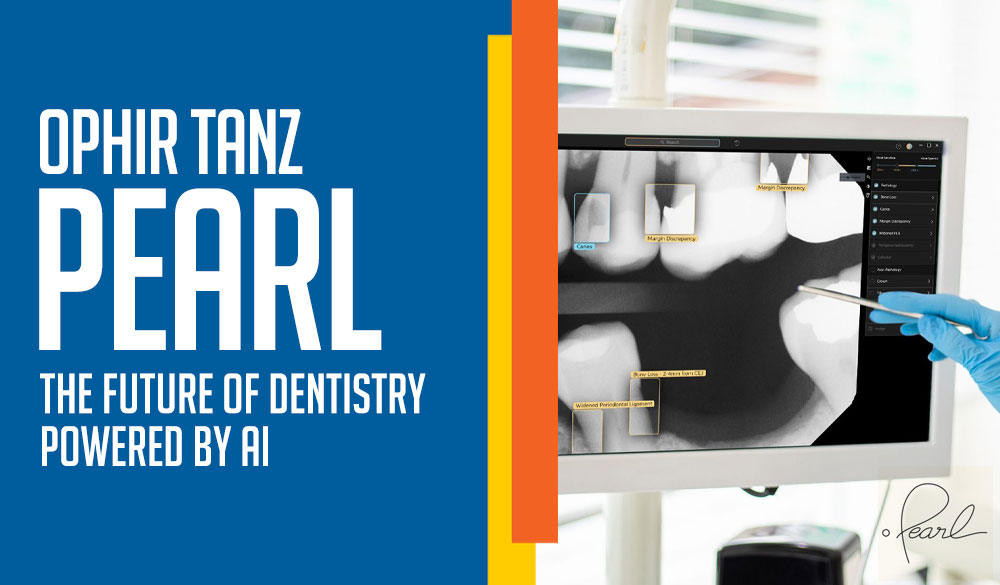 If we jumped back a dozen or so years ago to look at a younger version of myself, you’d see an average dentist. There was no Nifty Thrifty Facebook group. There were no books to my name. My “calling,” as they say, was yet to be discovered.

A dozen or so years ago, we’d also see a dentist who was in a totally different environment. Back then, old-school strategies like direct mail campaigns or going to the ol’ yellow pages were more prevalent. And while digital marketing existed, it wasn’t nearly as effective as it is today—the opportunities just didn’t exist yet. The same goes for technology. If we asked that same younger version of myself about Dental AI, I’d look at you like you’re crazy. But if you asked me about Dental AI today, I’d tell you it’s the future of dentistry.

That’s why I was amped to have Ophir Tanz on for this week’s episode of the Nifty Thrifty Podcast. Ophir is the CEO of Pearl, a company that is at the forefront of Dental AI. We have some mutual friends who work for his company, and I respect their co-founder—a fellow dentist—very much. That said, I also hold Ophir in the highest esteem. I’ll be the first to tell you that he isn’t just some AI geek who decided to jump into the industry. He has meaningful connections in the dental world, and his heart has been in the game since he was a youth. We’ll get to that in a bit.

If you’re not too clear on what Dental AI is, it makes sense. There are so many different types of AI from pattern recognition to text-oriented software. Pearl specializes in a subfield of AI called computer vision, which basically teaches computers to really see and interpret the world in the same way humans do. Many of you are probably already saying: “No computer can do better than a human can do!” My rebuttal, to you, is this: we’re all human. Do you use Grammarly or something similar to check your spelling? I know that, personally, I’ll always find apps like that catching errors that I had overlooked before—whether it’s for an email, a blog post like this, or even a book. In some cases, a computer really can do better than we can.

No matter how good of a dentist you may be, you’re a human—and humans make mistakes. There will always be instances where there’s a lack of concurrence, a lack of consistency or a dentist misses something like interproximal carries, early bone loss, calculus, periapical lesion, and so on.

You shouldn’t blame yourself, either. Dentists carry a massive burden as they constantly hustle and bustle to run their business, issue treatment, read radiographs, and more. Pearl is best known for being able to look at dental radiography of various types and identify disease, existing restorations, and natural anatomy at levels that are both extremely accurate and consistent.

Specifically, Pearl utilizes the first comprehensive AI-power real-time radiologic platform—and they call it “Second Opinion.” The second Opinion is intended to identify areas of interest where disease may exist and point that out to the doctor. The name is very intentional; they’re not looking to take any autonomy away from practitioners.

And if you’re wondering, Pearl’s Second Opinion is, indeed, FDA approved. In fact, it’s the first and only chairside FDA-cleared radiologic detection aid. For context, the only other Dental AI that can compete with Pearl is only authorized for patients who are 22 years or older. 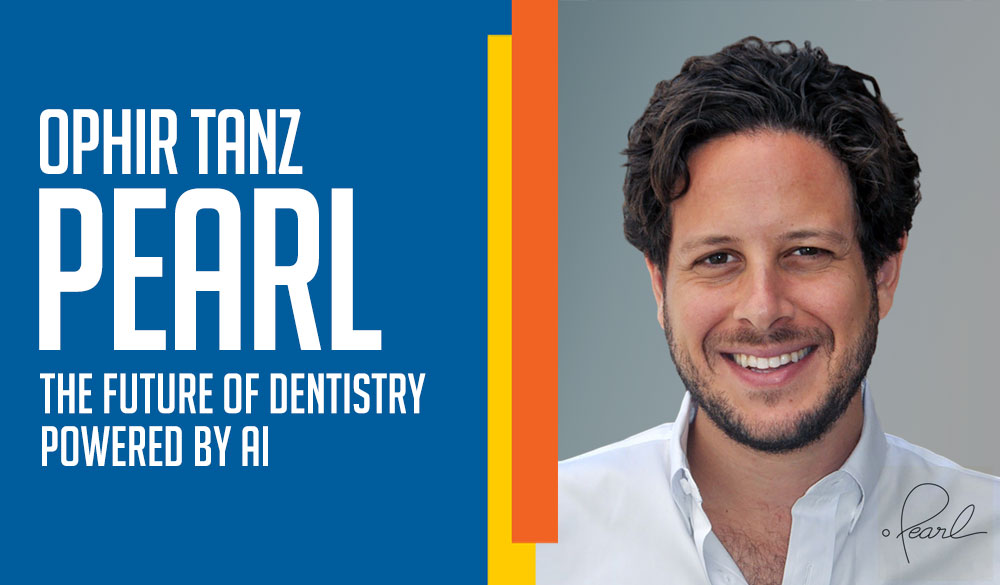 I told you we’d talk about how Ophir has had his heart in dentistry since he was a youth. So, what’s his story?

Ophir’s story comes full circle: his father was a dentist. Naturally, then, he grew up in a dental office environment. Ophir would often watch his dad perform all types of treatment on whoever would let him watch those sorts of procedures.

While Ophir was fascinated watching his father’s patients receive dental treatment, he decided not to go into dentistry. Instead, Ophir pursued engineering and computer science. Like many guests of the Nifty Thrifty Podcast, Ophir made a passion for being a serial entrepreneur ever since graduating from college. And while he’s started up a number of companies, the common thread has always been their relation to AI.

Thus, Ophir has been focused on computer vision AI for at least 17 years. His career has consisted of applying this technology to different areas in ways that can generate better real-world outcomes. Ophir has had a lot of success, too. His previous company—which was also a computer-vision-oriented company—grew to well over a billion dollars in value.

His reasoning went beyond having previous exposure to the dental industry; Ophir felt that dentistry is best suited to taking this kind of technology and applying it at scale to make an impact quickly. As the years went on, Ophir and his team at Peal did lots of research and became very excited about making this effort into its own company. He saw a chance to make a big impact on humanity—larger than his current company was making.

His current company was mostly in the media space, and he had been running it for 11 and a half years, but he felt his calling and stepped down as CEO. Thus, in 2019, he became the man-in-charge at Pearl.

And Ophir hasn’t looked back since; Pearl is his favorite company he’s ever run. He credits his fondness for Pearl to the impact he sees their technology making on a daily basis to help patients get the care they need, as well as help, improve the practitioner experience.

For me, Pearl is a super helpful addition to my practice. I have one associate and one junior associate fresh out of dental school, so we have all sorts of hands-on deck to treat our patients.

There’s an interesting dichotomy there. The highly experienced doc may overtreat and do things by the book. The inexperienced doc, however, will often be way too conservative or simply miss things a more veteran doctor wouldn’t.

Perhaps they see something but lack the experience to feel confident making a diagnosis without a second opinion to corroborate things. But what’s exciting about having Pearl is that it offers a set of eyes that doesn’t have any emotions or room for error—it just shows you what is there. It really helps streamline everyone’s treatment plans and makes the process of diagnosing patients easier.

The point is, I can’t recommend Pearl enough. Ophir is a force to be reckoned with and, again, his heart is genuinely in the game. I strongly recommend you implement Pearl’s services into your practice—you won’t regret it.

Ask for the Exclusive Nifty Deal

Reach out to Pearl here!: https://www.hellopearl.com/