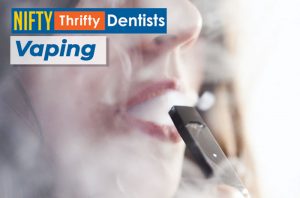 Vaping has become a popular, socially acceptable means of consuming marijuana and nicotine. A vaping device is a battery-powered electronic cigarette that heats the liquid, turning it into a vapor that can be easily inhaled. Some common names for these electronic devices are e-hookahs, mods, vapes, and Juules (a popular e-cigarette brand name).

Powerful marketing messages have implied that vaping is cool and safe. While it is slightly less harmful than traditional cigarette smoking, they are certainly not safe and without risk. When polled, many users, especially those between the ages of 15-24, do not even realize pods contain nicotine at all. Studies show 99% of the e-cigarettes sold within the United States contain nicotine. According to the manufacturer, a typical Juul pod contains as much nicotine as an entire pack of 20 cigarettes.

To further complicate and confuse users, flavorings and other chemicals may be added,

making them even more appealing and seemingly harmless. As a result, vaping has become very popular among the high school and junior high crowd. A Juul e-cigarette is small and discreet, resembling a USB device. Therefore, it is undetected by parents, and easily unnoticed by teachers. 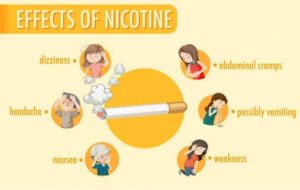 Nicotine is unsafe for everyone, but particularly for developing adolescent brains. It can affect processing information and decision-making, moods, attention and ability to focus, as well as impulsivity. In addition, nicotine is addictive. Studies show even persons nearby inhaling diluted vapor may still experience these symptoms.

E-cigarettes have been found to contain serious and harmful chemicals including:

Adolescent brains do not complete development until around the age of 25. The result of youths consuming nicotine prior to the completion of brain development is altered development in the formation of brain synapses. In addition, nicotine usage in adolescents may increase the risk for future addictive behaviors and substance abuse.

Despite the fact that no e-cigarette has obtained approval from the FDA, it is surprising with their known dangers that they have been allowed to remain on the market. This has raised alarming concerns about the influence of tobacco companies on our governmental agencies and the resulting impropriety.

According to a recent study by the Stanford University School of Medicine, there is a “substantially increased risk of Covid-19 among those who vape”. EVALI, e-cigarette or vaping use-associated lung injury, is the term used to refer to the growing number of lung illnesses, most of which are severe, caused by those who participate in vaping.

Most common symptoms include fever, chills, shortness of breath, coughing, headache, dizziness, tachycardia, chest pain, and in some cases, GI issues. These symptoms are very similar to Covid-19, and some users, especially those who are younger, may ignore them in hopes the illness will run its course. Among those reported with the illness, approximately 96% required hospitalization with some resulting in death.[2] The long-term course of this illness is unclear because it is still so new.

In September 2019, the ADA House of Delegates passed a resolution to add the word “vaping” to their existing policy on the prevention of tobacco use.[3] Dental professionals can help save patient lives by screening for symptoms and use of e-cigarettes. It can be as simple as asking the patient outright if they vape or use e-cigarettes. For patients who report they’ve switched to vaping as a step-down method to eliminating or reducing cigarette smoking, educate patients on the respiratory risks associated with vaping. Follow up with smoking cessation strategies such as nicotine gum and patches, behavioral counseling, and medication. If EVALI symptoms are suspected, especially when combined with vaping or e-cigarette use, they should be referred to their general physician and/or a pulmonologist for more detailed evaluation.

The following downloadable resource could be a great addition to your in-office strategy to help promote the dangers of vaping and e-cigarettes among youths and adolescents. 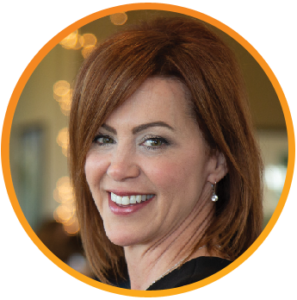 Her clinical and support team experiences are the inspiration for her writing and the motivation for coaching clients to success. She is a regular contributor to various publications within dentistry and beyond. In addition to feeding the homeless, starting a non-profit, and being involved in her church and other community organizations, she sings professionally and enjoys several creative outlets. She resides in Florida where she enjoys the company of her husband, three children, and four beautiful grandchildren.