What is the American Rescue Plan Act Of 2021? 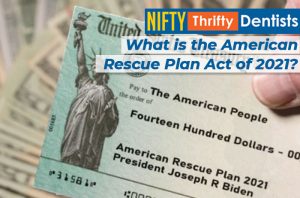 The Covid-19 had devastating health and economic impact on the United States. This pandemic has claimed the lives of over 500,000 Americans, with an estimated 30 million contracting the virus. The wave swept across the country, state by state, and no town, large or small, was spared.

People lost their jobs and many saw significant pay cuts. There was uncertainty in all aspects of the economy and the federal government became the primary focus for an assistant to get out of the worst economic catastrophe since the Great Depression.

One of the major proposals put forth by then Democratic presidential nominee, Joe Biden, was an extensive plan to inject federal dollars into a myriad of programs. It was the biggest plan since the FDR’s New Deal. Now as President, Biden has introduced his American Rescue plan of which $1.9 trillion was set aside to address issues such as infrastructure improvements, and changes to child tax credits among some of the more publicized programs.

Here are some of the things President’s Biden’s American Rescue plan will do:

It will mount a national vaccination program

The first step in the plan is to launch a national vaccination campaign to contain and control the virus. The proposed budget for this federal vaccination program is $20 billion. The vaccine will be available to everyone, regardless of immigration status, and will be provided free of charge with no cost-sharing.

It entails the establishment of community vaccination points throughout the country. As a result, the number of contact tracing and testing will increase, and vaccine shortages will be eliminated. It is also intended to encourage greater investment in high-quality treatments

Another goal is to assist in the safe reopening of schools so that students from kindergarten to university can resume school safety, with a $130 billion investment. The goal is to open the majority of K-8 schools safely within the first 100 days.

It will offer immediate relief to families affected by the pandemic

People across the country will begin receiving $1400 checks per person and per household (subject to lower income limits). The goal is to provide direct housing and nutrition assistance, as well as to expand safe and dependable child care and affordable healthcare for all.

It also includes an increase in the minimum wage, an extension of unemployment insurance, and a one-time bonus for families with dependents.

This rescue plan will also benefit small businesses. In this case, entrepreneurs of color are the focus, but everyone will be catered to. It is also intended to protect the jobs of first responders and other critical workers who have directly assisted the nation in dealing with the pandemic.

It will provide emergency funding to upgrade vital government structures

This rescue plan will also fund the modernization of the federal information technology infrastructure. It will address all recent breaches in the current federal government’s data systems. Funding is also allocated to updating infrastructures that are have been neglected for decades.

It is a difficult time for the entire world, but President Joe Biden has launched one of the biggest government programs in decades. There are many who oppose the growth of the federal government. However, with the Democrats controlling the House and holding a tiebreaker in the Senate, it appears that Biden’s plan will be implemented in some same or form. It is important that we continue to follow the changes and understand the impact it will have on each of us.