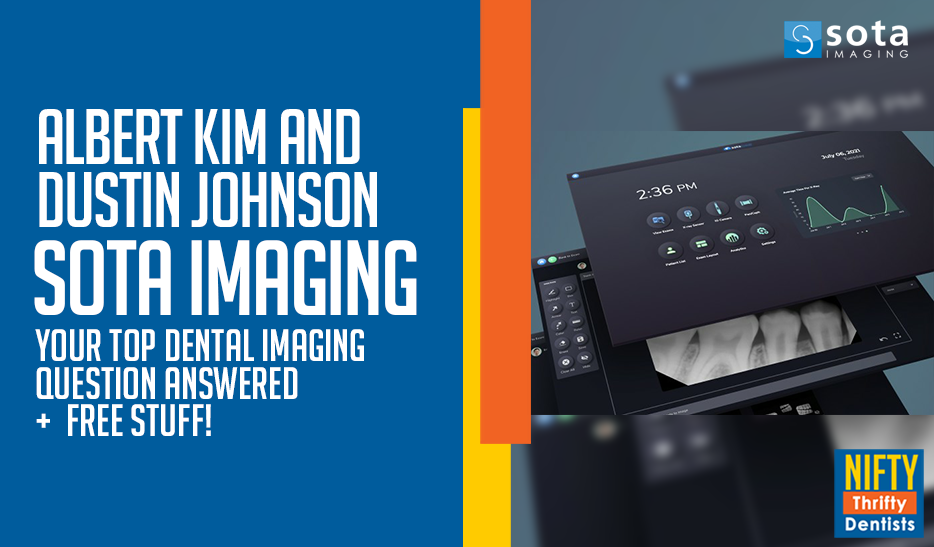 This week, I had the pleasure of talking with two awesome people who are relatively new to the group. But they’re quickly building a reputation—and with good reason! If you haven’t met Albert Kim or Dustin Johnson yet, you’re in for a treat. Both of them work over at SOTA Imaging, where Albert works as the VP of Sales & Marketing and Dustin as the Director of Engineering.

If this is your first time hearing about SOTA Imaging, let me fill you in on what they’re all about. Founded in 1993, SOTA has been around for 30 years. “SOTA” stands for “State of the Art,” and they certainly live up to that title. They’re in the business of designing all sorts of optics for various industries—Medical, Aerospace, etc.—but they segued into dentistry about ten years ago. Since then, they’ve been developing technology from optics to ergonomics and making life easier for tons of dental professionals (myself included).

You might know of SOTA’s “staple” products, namely their Claris cameras. The Claris i310 was one of the first USB intraoral cameras on the market, and the award-winning Claris i4D is a real beauty. However, Albert and Dustin wanted to talk about the latest and greatest. Specifically, they wanted to relay some information to the Nifty Thrifty community about their all-new all-aluminum model: the Claris i5HD Intraoral Camera. 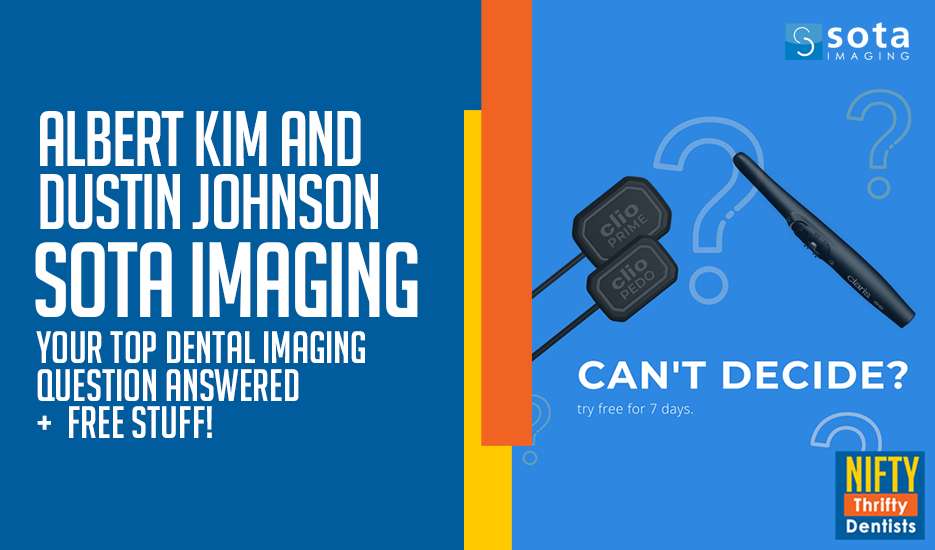 In addition to showcasing the Claris i5HD Intraoral Camera, Albert and Dustin also wanted to do a bit of show-and-tell about their fully-integrated Clio Digital X-Ray sensors: the Clio Prime and Clio Pedo sensors.  These bad boys are produced in a foundry where they produce silicon wafers—those are rare, with only so many in the world. And, to add a cherry on top, these puppies are upgraded versions of other high-end dental technology (such as the Dexus Platinum).

With such sophisticated technology, it should come as no surprise that both of these sensors are equipped with next-gen CMOS fiber optic technology with Csl Scintillators. This allows SOTA to provide dental practices far and wide with the largest active area plates in the industry.

Trust me when I say that this camera is top-of-the-line for a middle-of-the-pack price. But you can count on a killer Nifty Thrifty deal to cut down this already-affordable price tag. In fact, Albert said the SOTA team has arranged an “aggressively” good deal for the Nifty Thrifty community—but it’s a bit of an (popular) emergency: the deal only stands until the end of this year (December 31st, 2021)!

So, what’re you waiting for? This is a deal no one should pass up.